This article has been created for those who wish to stay up to date on what is known as the General Ruleset and to verify what the existing rules are. 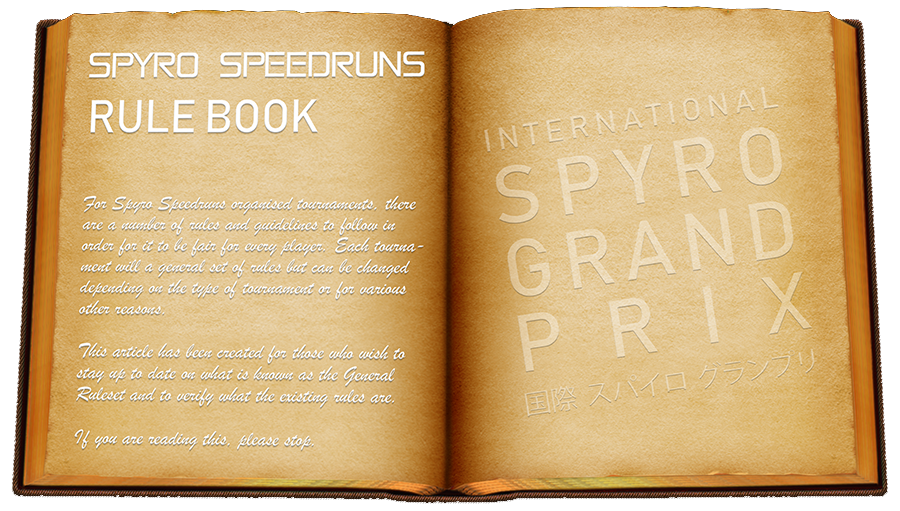 The 10-person group ensures that every competitor will be required to play every other competitor in their group once. This reduces the element of luck as progressing to the next round is still possible even if a competitor loses one or two matches in their group.

In the Group Round the points allocation are as follows:
Win: 1
Loss: 0

There are no draw times in this tournament.

The ISGP will consist of two preliminary rounds and a Grand Final. Round 1 will feature three (3) groups of ten (10). Each competitor will face every competitor in their particular group, receiving one (1) point for a win and zero (0) points for a loss. After all matches in Round 1 are completed, the top 2 competitors from each group will move on to the Semi-Finals, while 2 more will qualify to “Crassic Speedrunning Championship League”. Competitor placement will be determined based on points received during Round 1.

In the event that 2 competitors finished with the same points, a determination on who will progress to the Semi-Finals will be made based on which competitors each player won and lost against. For example, player’s A and B are finished on the same amount of points and player C finished third in the group. If player A lost to player C yet player B defeated player C, then player B would progress to the Semi-Finals and player A would be eliminated.

The Semi-Finals will feature six (6) competitors, 2 from each group. The top ranked competitors from each group will playoff against a second-place competitor from one of the other groups. This will reduce the field down to 3 players.

Finally, the Grand Final will be a traditional triple threat match with the winner being crowned the World Speedrunning Champion.

Despite the ISGP being a Spyro the Dragon tournament, exceptions have been made for the specific games that are allowed to be run. These games are as follows:

These rules apply when doing a speedrun, not when the video is being uploaded or edited.

These rules are for when the video is being edited.

These rules are for when the video is being uploaded to the tournament channel: